Second stop of the day! The Grounds of Alexandria.

Alexandria was a rather random place to have a cafe on the Talk of the Town list because by what I remember, it was an industrial area full of warehouses and offices. I thought it was understandable that this place does well because there aren't any nice places to go to around the area, if there are any at all. It wasn't until I visited The Grounds that I finally understood what the hype was about. 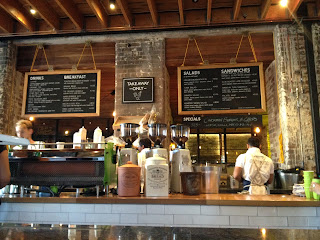 This place was huge! They have a separate take away counter in the middle. 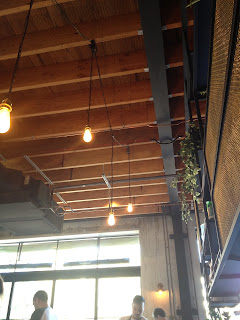 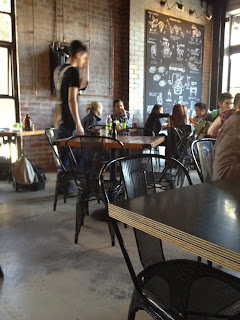 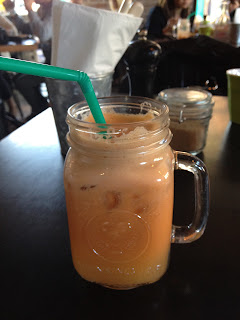 The carrot and orange juice. How eco-friendly and pretty is this glass?! 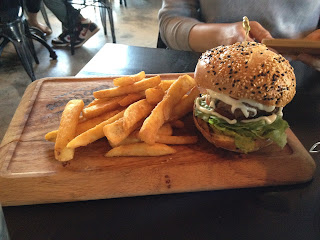 We were told not to judge a book by its cover.. so let's dig in and see if the important parts impress us.

We ordered the beef burger with chips and an extra serving of chili mayo on the side. 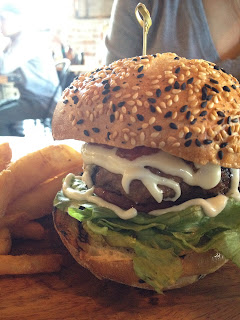 The burger was tiny! I don't know about the rest of you but on a normal day, I can not be satisfied with just this. The tiny meatball of a patty was hardly sufficient for all that bread but it was quite juicy and tender. They could have been more generous with the tomato sauce as the mayo it also comes with wasn't enough to flavour the entire burger, especially all that bread. I did like the slightly seasoned chips and the chili mayo. 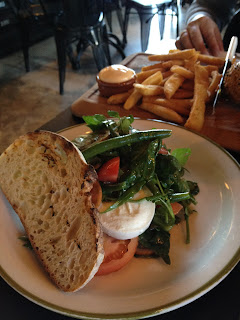 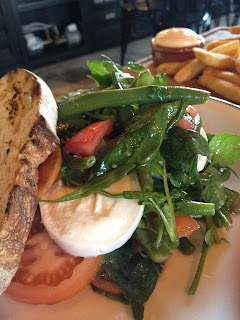 ...until the salt hit me. It was like I was swallowing chunks of the Pacific Ocean. 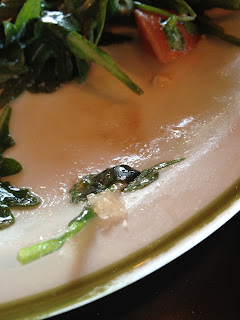 The chunk of sea salt. I was thirsty the entire day because of this.

Overall, the food was alright but not fantastic in my opinion. Everything looks beautiful and you can't help but have high expectations as you watch busy chefs carefully assembling their dishes like artwork. They seem a bit lost on the flavours but I think that's an area that doesn't need too much improvement. 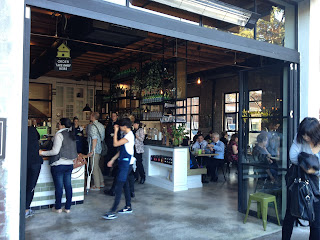 This was around 2-3 o'clock on a weekday but it's still fairly crowded with a long line of people waiting for takeaway coffee. I heard it gets quite busy during the weekends so make sure you come a bit earlier if you want to be in time for lunch. Parking is also a bit of a drama so prepare your battle gear! 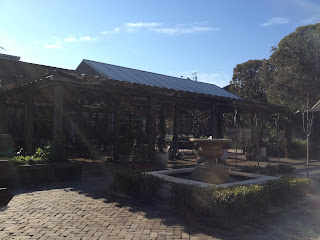 I wouldn't mind getting take away and sitting out here in the garden. 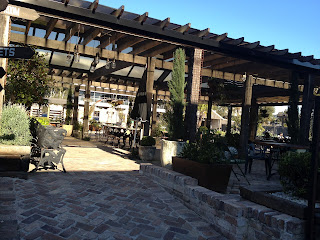 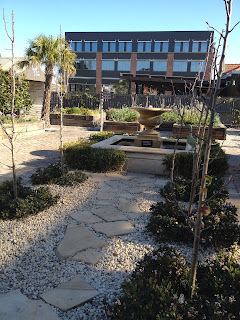 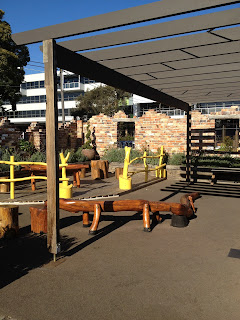 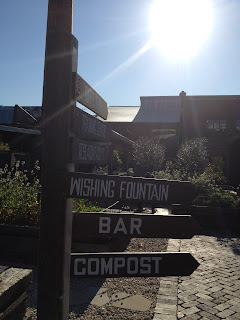 Ashley
What a dull world it would be without food. This is the blog of one very hungry med student, with a goal to conquer every culinary delight and to keep myself fed and happy. You know you've had a good meal if you walk out with a food baby :)